Hello! This is @rbmrclo from Site Reliability Engineering team. Today, let me share about “Operation Trails” (a term we use in our team) which is an important part of our workflow when performing tasks that involve manual operation.

To summarise, half of our day usually goes to proactive tasks which are generally the main projects that contribute to our growth as a diverse tech team (we usually have a roadmap for this). The rest of our time is spent on reactive tasks which are essential to maintain the stability and reliability of our services, as well as to keep the development speed stable across each team. 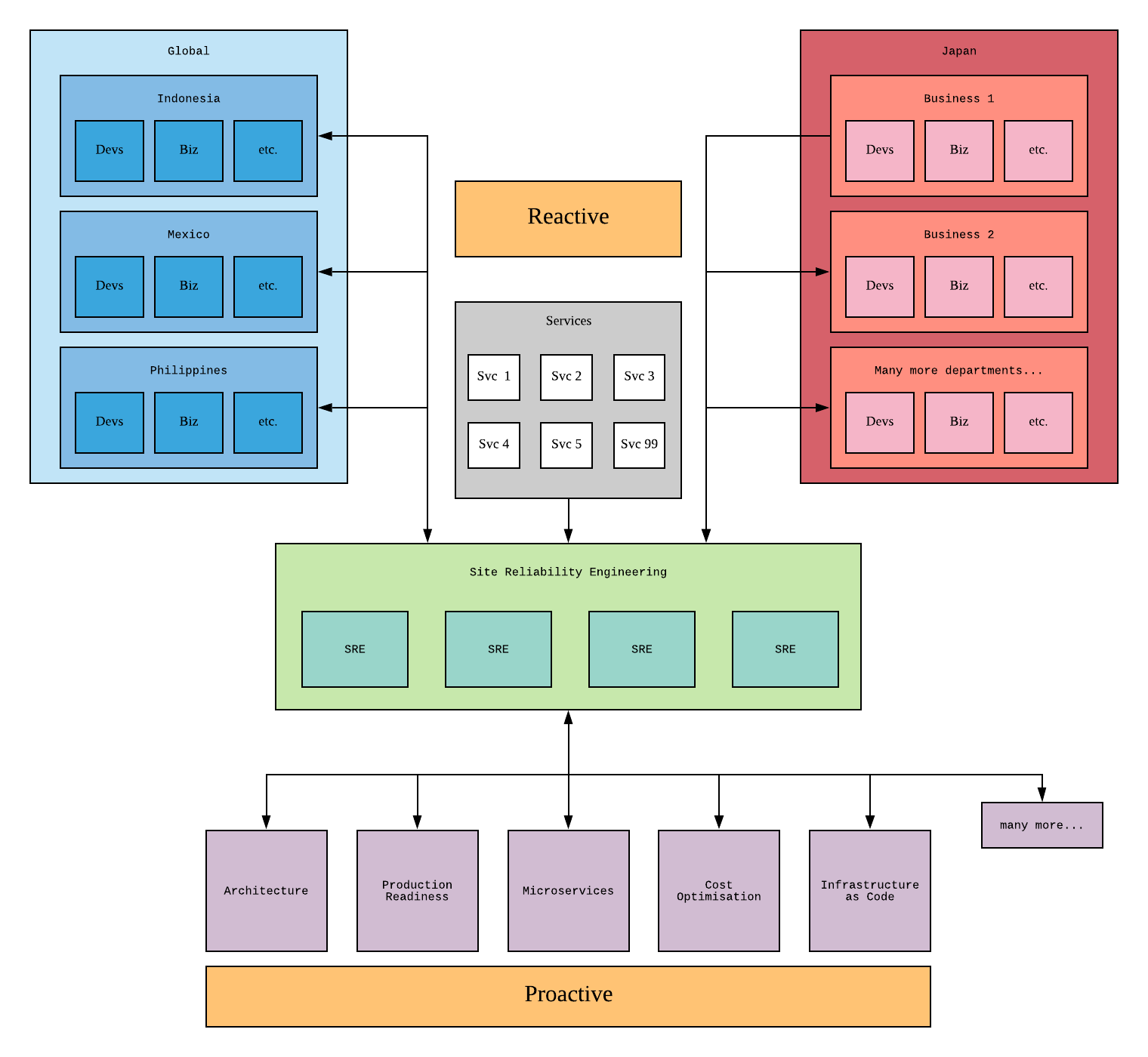 In this article, I will be focusing on our reactive tasks and explain in detail how we manage to work seamlessly within our team and avoid mottainai (I’ll be explaining this later).

As a global company, each SRE member attends to the needs of multiple teams in different timezones. This also means that each member is working at their own pace.

Some members might be working on a normal routine today with their proactive tasks; some will be performing a maintenance task tonight (midnight!); and some might already be attending to a service outage incident while I’m writing this blog post!

Let’s illustrate that again with my favorite blocks.

My point here is that most of the time, each of us is working in an isolated manner. However, there’s one exception and this is when Operation Trails comes in.

Imagine that you are working on a task, with your headphones on, enjoying your favorite bubble milk tea, listening to the playlist of Queen, in-the-zone and cannot be disturbed by humans.

Suddenly, an alert has been triggered for a specific monitor. Say the staging cluster died, hence, no developers could connect to the staging servers to test their newly implemented features - a major blocker!

Call of duty. Upon receiving the alert message, you quickly checked the issue and created an Operation Trail.

Here’s the bird’s eye view of what happened.

Every operation is in a single thread 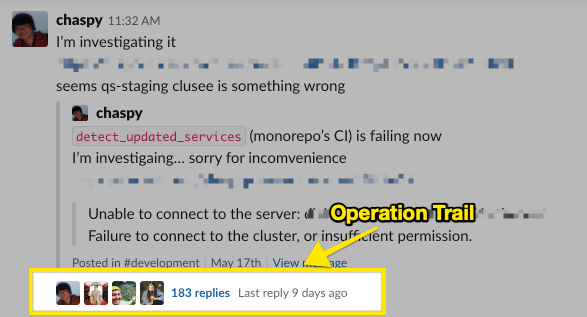 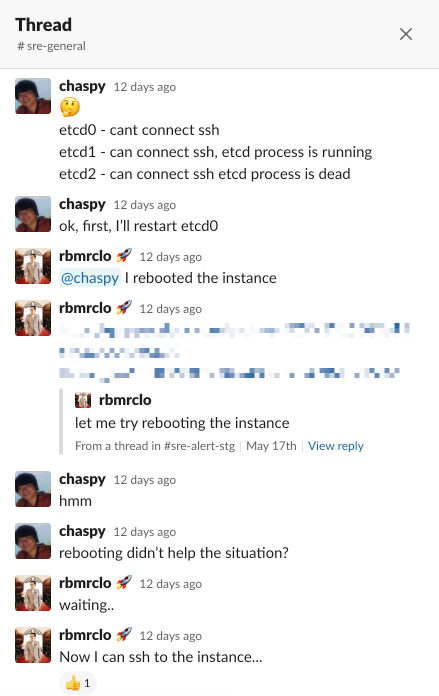 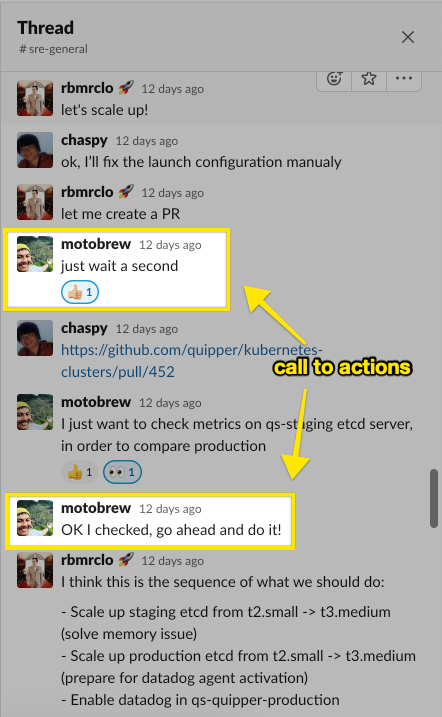 The term in Japanese conveys a sense of regret over waste; the exclamation “Mottainai!” can translate as “What a waste!”

Do you also have a similar live reporting culture in your team? Share it in the comments below and let’s discuss! We are hiring SRE members. Check it out!